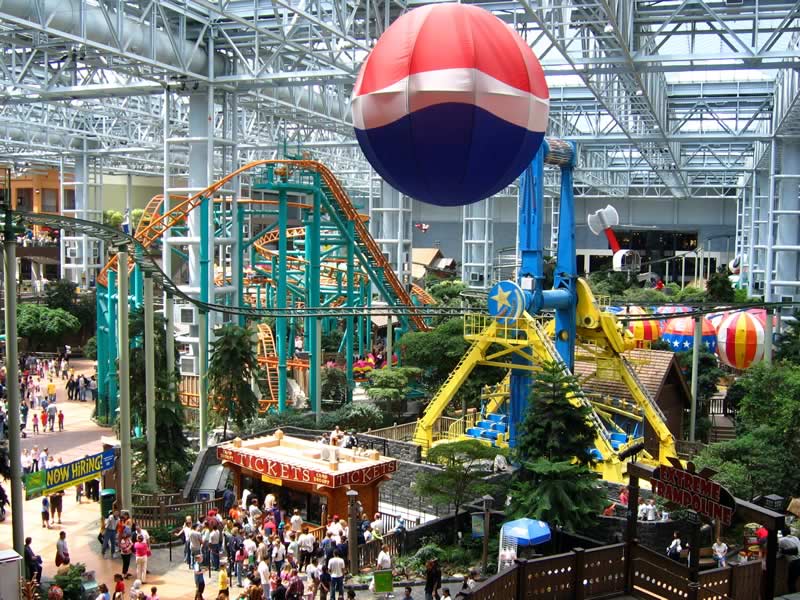 Water, a lot of it, can make house sitting in Minneapolis a really cool experience. With the Mississippi River running right through it, Minneapolis has more than twenty lakes and wetlands aside from creeks and waterfalls, earning for itself the name “City of Lakes”.

The Chain of Lakes

Minneapolis has the best-designed and best-maintained park system in the United States. Seven lakes and Minnehaha Creek are connected by parks with paths for biking, running and walking. You can swim, fish, and go boating, and ice skating in the parks. The Grand Rounds National Scenic Byway is another pathway going around the city connecting the parks.

With an area of 390,000 square meters, this is one of the largest malls in the USA. The Mall has three anchor department stores, Macy’s Nordstrom and Sears, and more than 520 stores in four different zones, each with its own décor. There are novelty shops, food courts, entertainment areas and stores of all sorts to satisfy every shopper’s taste.

A fine art museum covering nearly 8 acres, the MIA does not charge an entrance free and allows its collection to be photographed for personal use. It has a collection of about 80,000 pieces consisting of photographs, paintings, textiles and decorative arts covering a period of 5,000 years. One of its collections is ranked as one of the best Asian art collections in the USA.

Minneapolis is home to many professional sports teams of the NFL, MLB, NBA and the WNBA. It has played host to an MLB All-Star Game, World Series, Super Bowl and the NCAA Basketball Men’s Final Four. Target Field is the home stadium of the Minnesota Twins of the MLB. It’s an open air ballpark with more than 39,500 seats, heated viewing areas and a heated field. Target Field is also used to stage concerts.

The oldest structure in Minnesota, it stands where the Mississippi and Minnesota rivers meet. Founded in 1819, the fort controlled trade along these rivers. It’s now a living history museum with costumed guides conducting tours. Demonstrations, competitions and history-themed events are also staged at the fort in the summer.