Be There When She Blows! 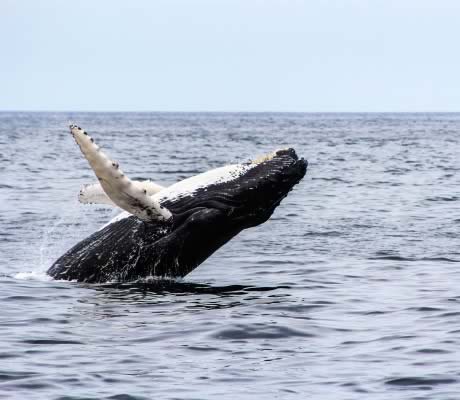 Indulge your passion for whale-watching by taking a house sitting assignment in these places frequented by whales. You can stay in the place for days, weeks or even months and be sure you’re there whenever the whales break the surface.

Watching whales in their natural habitat has become so popular that, in 2008, more than 13 million people around the world went to watch these magnificent mammals. The United States is one of the countries with many places in which to catch sight of whales. Here are some of the most popular ones.

The eels and plankton in Stellwagen Bank are like magnets that attract whales to feed after a long winter in the tropics. From mid-Spring to October, you can see the Northern Humpback Whale, Fin Whale and Minke Whale as well as the endangered North Atlantic Right Whale. They’ve been known to play in harbors and approach whale-watching boats.

Every year, anywhere from 5,000 to 10,000 whales serenade their mates and breed in the warm waters around Maui, Molokai and the Lanai Islands in Hawaii. You can watch the North Pacific Humpback Whales in the 1,400-square mile Hawaiian Islands Humpback Whale National Marine Sanctuary.

You’ll find Minke and Blue Whales as well as humpback whales here, while killer whales (Orcas) guard the entrance to Glacier Bay. This is where scientists first observed whales blowing bubbles to force fish into a tight circle before swallowing them – a technique known as “bubble netting”.

Whale-watching is a year-round activity around Monterey Bay. Whales pass this way on the way to Baja California and the Bering Sea, and you can view them from high up on the cliffs of Big Sur. From December to April, you’ll see the Gray Whales and during the summer and autumn, Humpback Whales and the Blue Whale come to feed.

The Gray Whale and the Orca are the most common in this part of the country from April to September. During this time, you’ll see whales almost all the time. You can also go to Friday Harbor in the nearby San Juan Islands for more whale-watching.